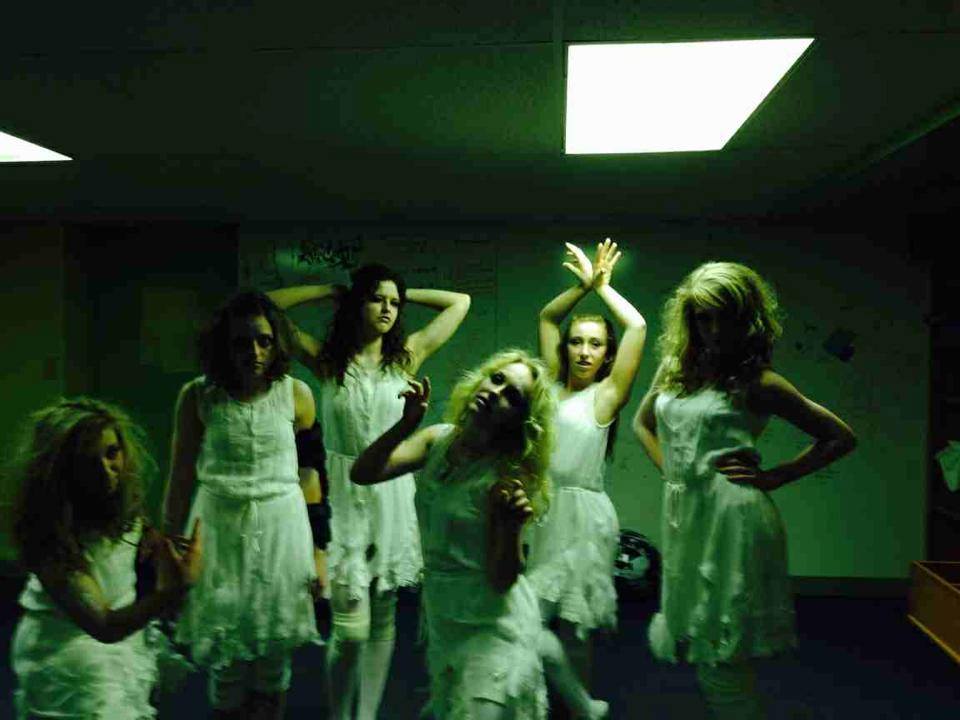 When we say devised theater to kids, they don’t know what that means. Yet, I think that might be why so many of our kids come to us via word of mouth.

What appeals to our performers?

The idea of being a creative entity, especially in this day and age, is something which appeals to middle and high school students. Taking a fresh idea and creating something new on their own appeals to them.

I hate to keep thinking of it as this hipster movement that’s going on right now, but it really has encouraged a lot of high school students that it’s hip to be weird and that’s what this kind of production company encourages.

Not the hipster mindset, but this idea of “you’re different, so yes, you belong over here making strange things,” or “Oh, you play the violin? Perfect. We will find a place for you to play the violin during the show,” or “Oh, you want to do a dance solo? Okay, I’ll figure out where to put that.”

We’re starting rehearsals next week for our winter show. I was talking with two of my kids and they were talking about how scary devised theater can be.

This summer, one of our past musical theater performers joined our new production. Devised theater was really new to her. She found it scary. She was already telling me about how she’s nervous to start rehearsals.

I come in and say, “Okay, the five of you, I need you to create a movement sequence for me that’s about dying. Go. You have 20 minutes.” Then I just come back to them 20 minutes later and expect them to have come up with something. That’s really scary for kids who are used to just being directed.

It’s really cool, though, to see this performer, Sarah Hicks, who played Margarita this summer, and hear her say, “I’m super scared.” Then I said, “Then why are you coming and doing this?” She said, “I just have to. I have to.”

It’s cool to hear that. She does finds it scary, but wants to be there in that place. To me, that’s super exciting.